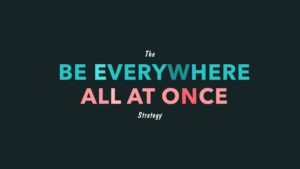 With the explosion of fan and industry interest in short films online, filmmakers have an unprecedented opportunity to share their work globally. Co-Founder of Short of the Week, and former Lead Curator of Vimeo, Jason Sondhi describes his company’s evolving thinking on how filmmakers should best take advantage in order to find audiences for their work and kickstart their careers. Flouting conventional wisdom regarding festival strategies, distribution arrangements, and current practices for online releases, he advocates for “maximum exposure in the shortest window”.

As the first in an ongoing series of examining festivals that might not be as well known to the West, the Short Film Conference will take an in-depth look at short film festivals in the continent of Africa. Claire Diao, France’s specialist of African Cinema, will moderate a talk with directors, festival programmers and delegates from all over Africa to talk about what’s hot and (not) happening in the African short film scene.

When working for a festival, you’re always in a strange hinterland, since it never has a proper classification. Do we work in the film business? Do we work in the organizing business? And how to make a living? Gina Dellabarca, experienced festival director of Show Me Shorts, will moderate this conversation about the difficulties of working for a festival and how we could do better.

We urge all SFC-members to be present at this General Assemblee, where we will talk about issues and questions that have come to surface as to what the current strategy of the Short Film Conference is and how it should evolve in the future. The Board of Directors will prepare a list of topics to be discussed & will of course propose answers too. These are the topics among them:

(a) What is the main goal of the Short Film Conference? What defines its DNA and how can it still evolve? / (b) How should the SFC tackle problems that (especially smaller) festivals are facing, in regards to submission platforms & others? / (c) Who can and should be a SFC-member and who shouldn’t? / (d) How much is the membership fee and what does it include? / (e) Who’s in the Board of Directors and what is their task? / (f) How will the Short Film Conference be looking for more money in order to be more visible & do more throughout the year? / …

The Networking Dinner is reserved for SFC-members only. We ask for an additional €25/person (to be paid in cash upon arrival). This includes two vouchers for pints or soft drinks & food (starters, walking dinner and desserts). Note that there will be plenty of vegetarian food too. Any extra drinkers ordered have to be paid for.